You Can Alter Your Genetic Destiny with a Healthful Diet 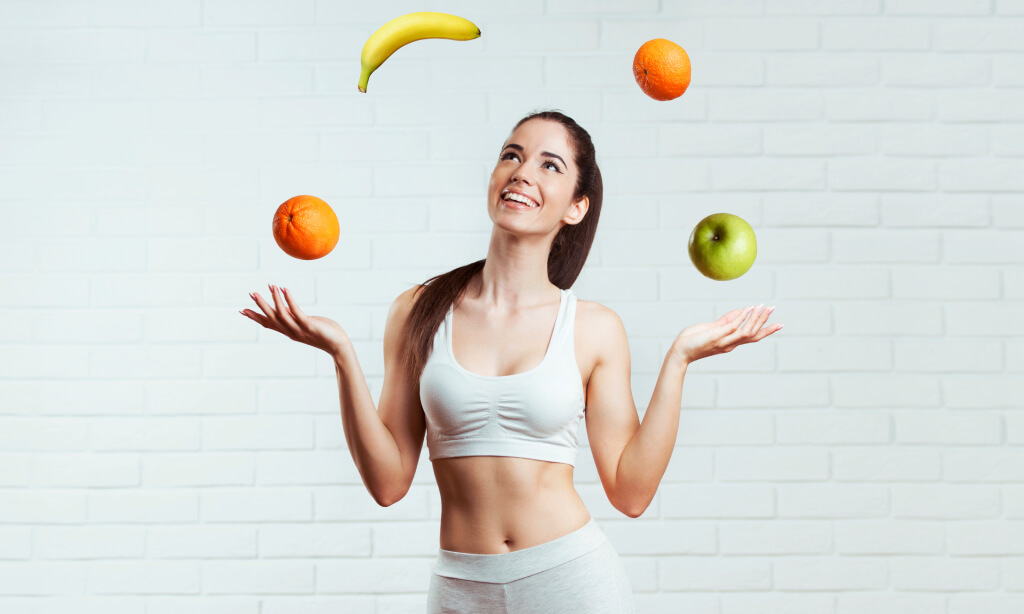 At one time, if your mother had cancer, your genetic destiny for this disease seemed to be etched in stone. At least that was the old way of thinking about genetic predisposition for diseases, such as cancer and heart disease. But there’s been a paradigm shift in the way experts understand our inherited genetic profile, according to Roderick H. Dashwood, Ph.D., who spoke on genetics and nutrition at the 10th Annual Nutrition and Health Conference in Seattle in May.

Just as we pass down genes for eye color and body frame from generation to generation, so also we pass down genes for disease susceptibility. But Dashwood reports that scientists now know that genes can be switched on and off. DNA and other proteins in the gene contain molecular “tags” that instruct a gene to be active or inactive. Environment and lifestyle can trigger these tags to be added or removed–essentially turning the gene on or off.

Basically, you can alter your gene expression–the process by which inheritable information from a gene is translated and made into a functional gene product in the cell–and thus suppress the path of disease. For example, in the case of a genetic risk for cancer, Dashwood notes, “This has led to the idea that we might be able to drive cancer cells the other direction. You can turn on tumor suppressor genes to silence cancer cells.”

THE NEW FIELD OF NUTRIGENOMICS

The understanding of genetics took a giant leap forward because of The Human Genome Project, a landmark endeavor which called upon a team of international researchers to map all of the genes–together known as the genome–of our species. Completed in 2003, it gave scientists the ability to read our genetic blueprint, and also opened up our knowledge of how we can modify the negative effects of our genetic profiles.
Since then, the field of nutrigenomics–the study of how foods affect our genes, and how individual genetic makeup can make people respond to foods and nutrients in different ways–has grown. One of the most exciting aspects of nutrigenomics is its potential for opening up new avenues for preventing diseases that people are genetically predisposed to, such as diabetes, obesity, inflammatory disorders, cancer and neurodegenerative diseases.

DIET CAN ALTER YOUR GENES

What you put on your plate may make a big impact on your genetic profile–and even on that of your offspring. Animal studies have even shown that maternal diet can impose long-term alterations in the genetic expression of children. For example, a high-fat maternal diet can change the offspring’s gene expression and behavior toward a desire for more palatable foods (Endocrinology, 2010).

Your overall diet pattern, calorie intake, consumption of particular compounds and nutrients in foods, exposure to food chemicals, as well as lifestyle may affect how your genes function. While many foods and nutrients are being studied, here are some of the most exciting areas of interest in the field of nutrigenomics:

A healthy diet pattern may shift your genetic expression towards cancer protection, according to a 2013 study published in Nutrition Journal. Canadian researchers compared the effects on genetic profile of a healthy diet, which included high intakes of vegetables, fruits, and whole grains, and low intakes of refined products, with a Western diet, which included high consumption of refined grains, sweets, and processed meats.
Gene expression profiles pointed towards a potential increase for cancer risk with the Western diet, and decreased risk of cancer in the healthy diet group.

An overall healthy lifestyle may have an even more significant impact on your genome. Research shows that physical activity alone has a pronounced impact on genes, lowering risk for type 2 diabetes and obesity. And in a 2008 study published in Proceedings of the National Academy of Sciences, a lifestyle plan that included a healthy plant-based diet, moderate exercise, and stress management techniques altered the expression of over 500 genes in men with early-stage prostate cancer, indicating that these changes could help slow the progression of cancer.

We know that eating lots of fruits and vegetables is good for a number of health benefits, and now you can add genes to the list. A 2010 Norwegian study showed that antioxidant-rich fruits and vegetables induced changes in gene expression that optimized the body’s defense processes. And research has zeroed in on the impact of specific plant foods on the genome.

Scientific findings presented at the Annual Nutrition and Health Conference indicate that sulforaphane, a compound in broccoli, appears to turn on tumor inhibitor genes to suppress cancer.

Other dietary components appear to have similar action, including iosthiocyanates, which are found in sulfur and cruciferous vegetables, such as cabbage, kale, broccoli and watercress; organoselenium compounds found in garlic; biotin-rich foods such as chard and egg yolk, and alpha lipoic-acid-rich foods, such as green leafy vegetables.
Other possible cancer suppressants include resveratrol in grape skins and red wine, isoflavones in soy, and bioactive compounds in walnuts, which might promote alterations in gene expression.

Many essential vitamins, such as B-vitamins, folic acid, and choline, provide important compounds called methyl groups that help create genetic tags that turn genes on or off. If you’re diet is lacking in these nutrients, you may not be able to express the genes needed for good health, according to Lynn Adams, Ph.D., a Science and Technology Fellow with the U.S. Environmental Protection Agency.

Adams reports that some chemicals in the food system, such as bisphenol-A (BPA), found in food packaging and containers, can interfere with genetic expression in regions of the brain and reproductive organs, according to preliminary research.

It’s worth noting that the research in nutrigenomics is still in its infancy, and it’s too soon to know for sure how effective dietary changes are in altering gene expression on an individual basis. The good news is, the research coming in supports what we already know: An optimal diet for disease prevention is a Mediterranean eating pattern, rich in fruits, vegetables, whole grains, fish, and low in highly refined grains, sweets and processed meats.